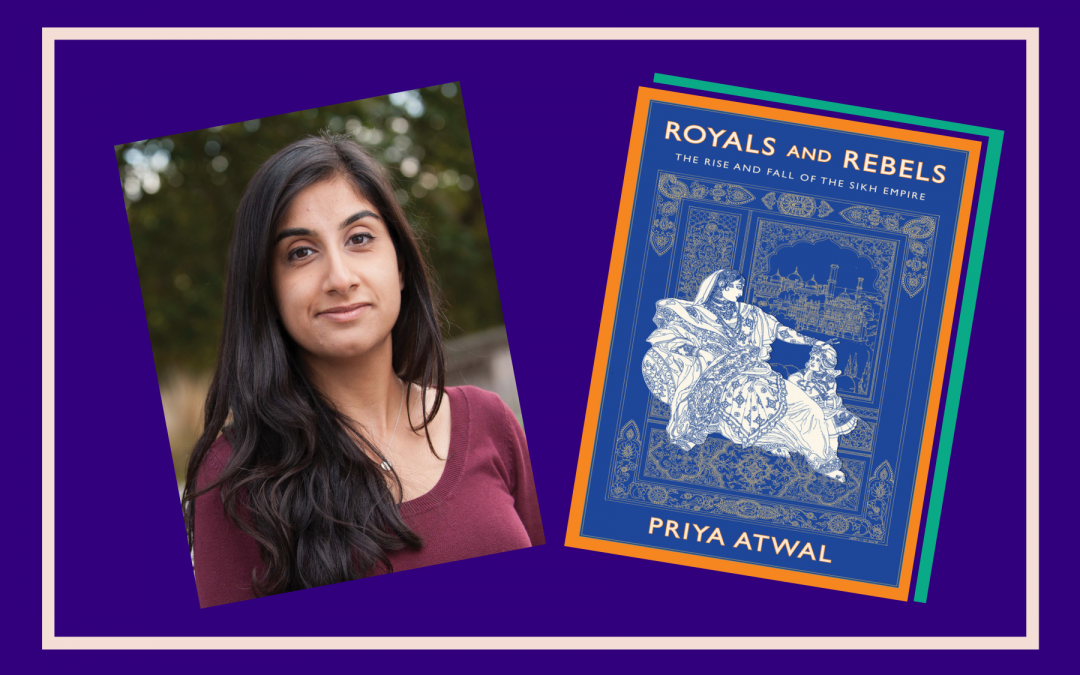 ROYALS & REBELS – THE RISE AND FALL OF THE SIKH EMPIRE

“I am so excited to share this book with you all! It’s been nearly 11 years in the making: from when I was a 19 year-old History undergraduate student who became fascinated by the story of Maharani Jind Kaur and her clash with the East India Company, and realised that one day I would love to write a book about her kingdom. I came to Peter at that time to learn more and borrow a load of his books on the Anglo-Sikh Wars – and so now it feels so wonderful to be sharing my own book with Duleepsingh.com.

‘Royals and Rebels’ aims to ask fresh questions about the inner world of the Sikh Empire. It looks beyond the story of the great Maharajah Ranjit Singh, to consider the role that his wider family played together with him, in ruling over the Punjab. I’m talking not just about Jind Kaur or Duleep Singh – but Mai Nakain, Sada Kaur, Kharak Singh, Sher Singh and many others whose names are even less well knownAs the primary sources of their time tell us, such characters were hugely prominent and important figures during the lifetime of their kingdom; so we have to ask ourselves, why don’t we better recognise and understand the dynamics of their lives and contributions today? By delving into such questions, ‘Royals and Rebels’ shines a new light on how they played a key part in bringing what we today know as the ‘Sikh Empire’ into being, as well as understanding how they were a part of its eventual collapse.

I really hope everyone enjoys reading my book and thinking about this history anew as a result of it. There is still so much more work to be done on this subject, and I would love for more Punjabi historians – young and old – to join me in the endeavour of carrying out more new, exciting research in future! I know that I still have plenty more to learn about this history myself, and I am excited to keep doing that alongside you all in the days ahead”

Dr Priya Atwal, historian and author of ‘Royals and Rebels’

Available at Amazon, Waterstones and all major bookshops